The Advertisement “No One Grows Ketchup Like Heinz” has a target audience of people aged 20 years and older. Heinz uses three techniques to help effectively convey the product. These techniques are; the use of its logo, the camera angle they have used and their slogan.

Heinz have used their logo in an unusual way by not having it in one of the corners, but instead they have placed the logo on the cut up tomatoes to symbolize that their product is made of 100% Tomatoes and nothing else. they have also placed the logo here because it is the most salient part of the advertisement because your eyes are immediately drawn to the tomatoes.

he camera angle that they have used is close up shot of the tomatoes because you get to see the whole bottle and logo. They have done this to enlarge the photo to help you remember the product, the company and the logo of the both the company and product.

The other technique they have used is their slogan “No One Grows Ketchup Like Heinz”. The slogan the have created is phrase that will get stuck in your head and one that you will remember when you are walking through the supermarket. The have also used this slogan because it is unique and your are less likely to forget it and less likely to mix it up with another slogan.

In conclusion, the advertisement “No One Grows Ketchup Like Heinz” has a target audience that is aged at 20 years and older and uses the advertising techniques; use of the logo, camera angles and techniques and the use of the slogan. 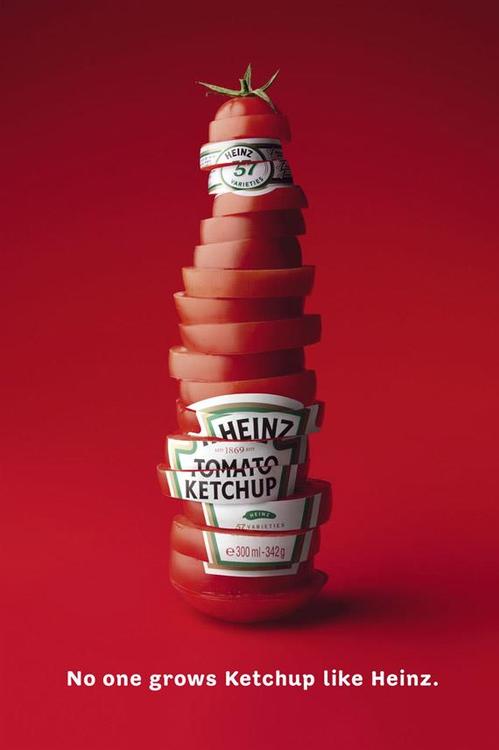