The play Julius Caesar was written by William Shakespeare around 1599. In Rome, 44BC Julius caesar would like to claim the throne and end Rome’s democracy and turn it into a monarchy ruled by him himself. This story portrays many of the ways Romans act, such as that they are easily persuaded. In the play the people of rome agree with caesar becoming king but not all agree. Conspirators persuade Brutus that Caesar would not be a good king and that he will ruin Rome. But he question remains who is the worst, most corrupted character in the play?

The answer is simple, it is CASSIUS. Cassius wants to eliminate Caesar because he wants power. When Cassius talks to Brutus, he tries to persuade Brutus that Caesar is no god, he is just one of them and that he should be getting just as much power as Caesar. One way of doing this is that Cassius tells Brutus that ‘once Caesar was drowning and he said “help me Cassius, or I sink”. In the ned Brutus is still happy for Caesar and has no jealousy over it. Cassius then compliments Brutus to receive his trust.

Another sign of Cassius’ corruption is because he said this, “Think of his life, but for my single self, I had as life not be as live to be in awe of such thing as myself”. Cassius (again) believes that he is just as good as Caesar. But to easy manipulate Brutus he does not emphasise this. 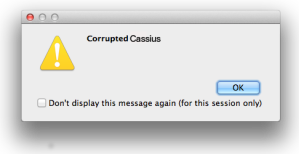 4 thoughts on “Power corrupts all.!.”