‘Julius Cesar’, the play from hundreds of years ago, yet set around 70, 50B.C has many characters with major, to minor roles. And like all Shakespearean plays, there is a tragic hero. And as the title states, many people might think that the tragic hero is Julius Cesar. Unfortunately, you could never be more wrong. In fact, there are 2 tragic heroes. They are, surprisingly Brutus and Marc Antony (also known as Antony).

These two might be two different identities, but they that different in terms of personality and their actions.

First I start with Brutus. The man that is practically friends with everyone in the senate and any that knows him. He will do anything that is for the good of Rome, and he is one of the wisest of all of the characters (at times).  He shows loyalty as well and shows this by choosing to not murder the Innocent Marc Antony (at the time), and also choose to make the final stab in Julius Cesar’s body, face to face and straight to the heart. May not sound like he is loyal seeing that Cesar and Brutus were best of friends, but back in those days, that was the most loyal murder (seeing that the other colleagues were stabbing him in the back like an assassin).

But along with all of these positive traits, there are of course his flaws. For example (SPOILER ALERT), he was unsuccessful in the final battle where both his and Cassius’s armies went up against Antony and Cesar’s Nephew army. He also struggles to make a decision to join the conspirators who (another SPIOLER ALERT) murder Julius Cesar.

Now Brutus’s friend yet enemy (awkward), Marc Antony. Antony is the closest friend and acquaintance of Julius Cesar and will do anything honour and stay on the good side of him. Like Brutus, he is the loyal character in this play. He didn’t stand by and let life go on when Brutus and the other conspirators murdered his good friend. (It might have taken a few years) But he then formed an army and defeated the great Brutus and (the not so great) Cassius. But again like Brutus, he formed an alliance with Octavius Cesar (Julius Cesar’s nephew) and won against the two men that were the master minds behind the murder of his dearest friend. 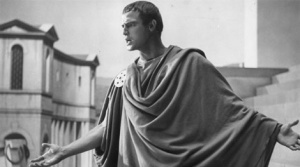 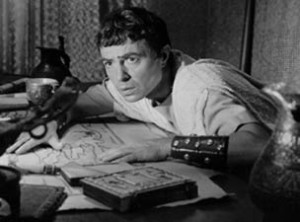 In conclusion, these two tragic heroes are both two different identities yet have so much in common. Sure Brutus had a few more flaws than Antony, but if you think about it, they could be exactly the same person (maybe).

4 thoughts on “Brutus Or Antony…. Take Your Pick”