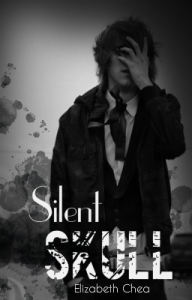 “An SS assassin has only one mission: to bring silence upon the world.” – Max Coden

Max’s breaths were hoarse and ragged as he was held against the wall, his attacker’s unpleasantly cold knife pressed at his neck. The stranger sneered darkly, tracing the tip of his blade up to Max’s left cheek. Max was trembling, his pulse racing a million miles a minute, but he would never admit that he was afraid, even in a hopeless situation such as this one. He tried to even out his breathing patterns, to appear brave in front of the man who was holding him at knife point. Max closed his eyes, his heart throbbing and constricting painfully in his chest. He desperately wanted that man gone no matter what.

The blade slightly pricked him. “Do you know who I am, little boy? Where I come from?” his attacker asked in a curious tone, beginning to play around with his knife, which seemed to dance on the surface of Max’s skin. Max remained silent. The man laughed at him, then the blade trailed from his cheek to behind his ear. “I’m an assassin from an organization called Silent Skull. You know Silent Skull, don’t you? Your parents have made an enemy out of us. You should know who we are.”

“I-I don’t.” Max muttered, averting his gaze from the killer. “I’ve never heard of this ‘Silent Skull’ before.”

The man raised a brow. “Oh, is that so? Have your parents not told you anything? Or have you just not been listening to them?” The man grinned, and the grin revealed nothing but his evil intentions. “Well, if you haven’t been listening, it wouldn’t matter if I just… cut your ear off, right?”

Max’s heart felt like it froze. At that last statement, he felt as if all his hope had vanished. This man obviously wanted him dead, but he was bored. Killing a little boy would be far too easy to thoroughly enjoy. Torturing him would be perfect for the time being.

The blade was suddenly buried behind his ear, forcing Max to let out a scream of agony. He thrashed around as the stranger smiled proudly to himself, dragging the tip of the blade down his neck, following the curve of the back of his ear. The pain was almost unbearable. The blade was deep within him, as if it were penetrating his skull. The left side of his head felt so agonizing that it was completely numb. He could feel his thick, warm blood oozing from his fresh new wound and trickling down his shirt. Nothing hurt more than what was happening to him right there and then.

Then, it became excruciating for a mere second, before the pain lessened. Max’s vision, blurred, couldn’t quite make out what was happening, but knew that the blade was no longer embedded within his flesh. The stranger was off of him, and for the first time that night, he felt so good to be alive and breathing like a normal person. Max’s knees weakened and buckled, and he fell to the ground, all his energy gone.

“Stay away from my son!”

Max’s mind was swirling. He could hear his parents. Mum. Dad. Both their voices soothed him, but they were barely audible, even though they were yelling in terror at the sight of their son bathing in his own blood. He brushed his slender fingers along his new open wound, feeling the particular unpleasant warmth that stained his dark hair and clothes. His breath was hitched in his throat after he realized how much blood he was losing. He could hardly keep himself conscious at the very thought of it.

Through his almost useless dull green eyes, he observed five scenes. The first was of his mother scrambling across the floor to shield her son. The second was of the assassin throwing his knife towards her, the blade finding its home buried in her neck. The third was of his father’s sudden pained eyes as he watched his wife collapse to the ground, bleeding. The fourth one was of his father, enraged, taking the assassin into his arms and brutally punching him in the stomach. Finally, the fifth and final tragic scene of his father taking the assassin with him as he leapt out of the window, bringing both himself and the murderer to a horrifying end.

Max felt delirious. The memories of that night replayed inside his empty mind, followed by sudden realizations. Both his parents were dead. He was the victim of an unexpected murder by people he knew nothing about. The hearing in his left ear was completely severed. The assassin that tried to kill him was also dead. But it was his final thought left him in a state of despair:

Max, who was just an ordinary thirteen year old boy, was suddenly left alone in a world that, he knew, needed to forever be silenced.