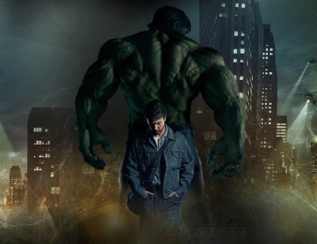 Superheroes they are super strong, super secretive and above all will protect all those who need help. Out of all the amazing superheroes my favourite would have to the hulk from marvel comics.

The hulk is an unstoppable large green humanoid that possesses limitless superhuman strength and great invulnerability. All these abilities grow as the hulk becomes more angry. The hulk has two different forms. The hulk’s original form is human. As a human he is called Bruce Banner and is a well known physicist who gets involved in a serious radioactive accident. His body is then infused with gamma radiation transforming him into the hulk. Whenever Banner becomes under emotional stress (e.g anger) he transforms into the unstoppable hulk which is also the source of the hulks power. When the hulk first came into the world he was a bad guy. He was hunted and almost killed but he was able to control his anger and became a hero. He also joins and becomes a major hero in the amazing team the avengers. The hulk has many enemies but his toughest and major archenemy is abomination. Abomination also possesses the same abilities as the hulk after he is injected with the hulks blood.