The air pollution in northern China has been shown to cut one’s life expectancy down by 5.5 years, making the northern part of China’s lives shorter than their southern parts, according to a study which somehow shows in fine detail the link between air pollution and life expectancy. The Guardian reported on the findings of the study here.

The main cause of this pollution and this sudden dramatic cut through a life is caused by an over-reliance on burning coal for heat, raising the air pollution’s levels in northern China.

“Using data covering an unusually long time span – from 1981 through 2000 – the researchers found that air pollution… was about 55% higher north of the river than south of it.” the MIT Energy Initiative states. This statement proves that the levels of air pollution in the northern areas of China are rising and that that northern part has much more air pollution than its southern counterpart.

Studies in the past have shown a link between the air pollution and the life expectancy. A recent study has proved that air pollution has caused a massive 1.2 million premature deaths in the year 2010. The high levels of air pollution are now not just redecorating the sky in repulsiveness and sickening clouds, but killing many people and cutting their life expectancy down by an average of 5.5 years at the same time as if it were a plague gone viral.

“Demonstrating that people die a bit earlier (because of pollution) is interesting and helps establish that pollution is bad,” states Michael Greenstone, an economics professor at MIT and one of the study’s authors. “But the most important question, the next question that needed to be answered, is what’s the loss of life expectancy? How much should society be willing to pay to avoid high levels of pollution? This study was structured so we could answer that question.”

In my opinion, I believe that air pollution is one of the worst kinds of things that could happen to us right now. It’s killing people dramatically and shortens one life. It’s not fair to all who have done nothing to have their lives destroyed like that. There should be more eco-friendly ways to heat things. Burning coal isn’t the only option in the world, and it certainly isn’t helping anyone much either. Instead, it’s more like a poison instead of an antidote. This issue should be addressed, and this issue should be stopped immediately. Air pollution, as well as destroying the beauty and natural wonder of the sky, the smog is killing millions in northern China, as well as the rest of the world. 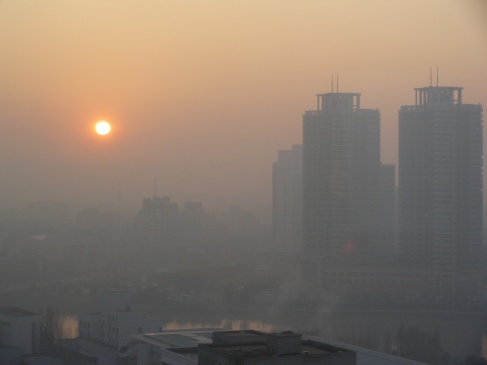